While looking at the list of all of the players who will be in camp I noticed just how old I am – older than anyone who will report on Tuesday afternoon (thankfully, the position player side will save me from being older than EVERY Reds player). But I also noticed just how young most of these guys are. I decided to chart it all out. 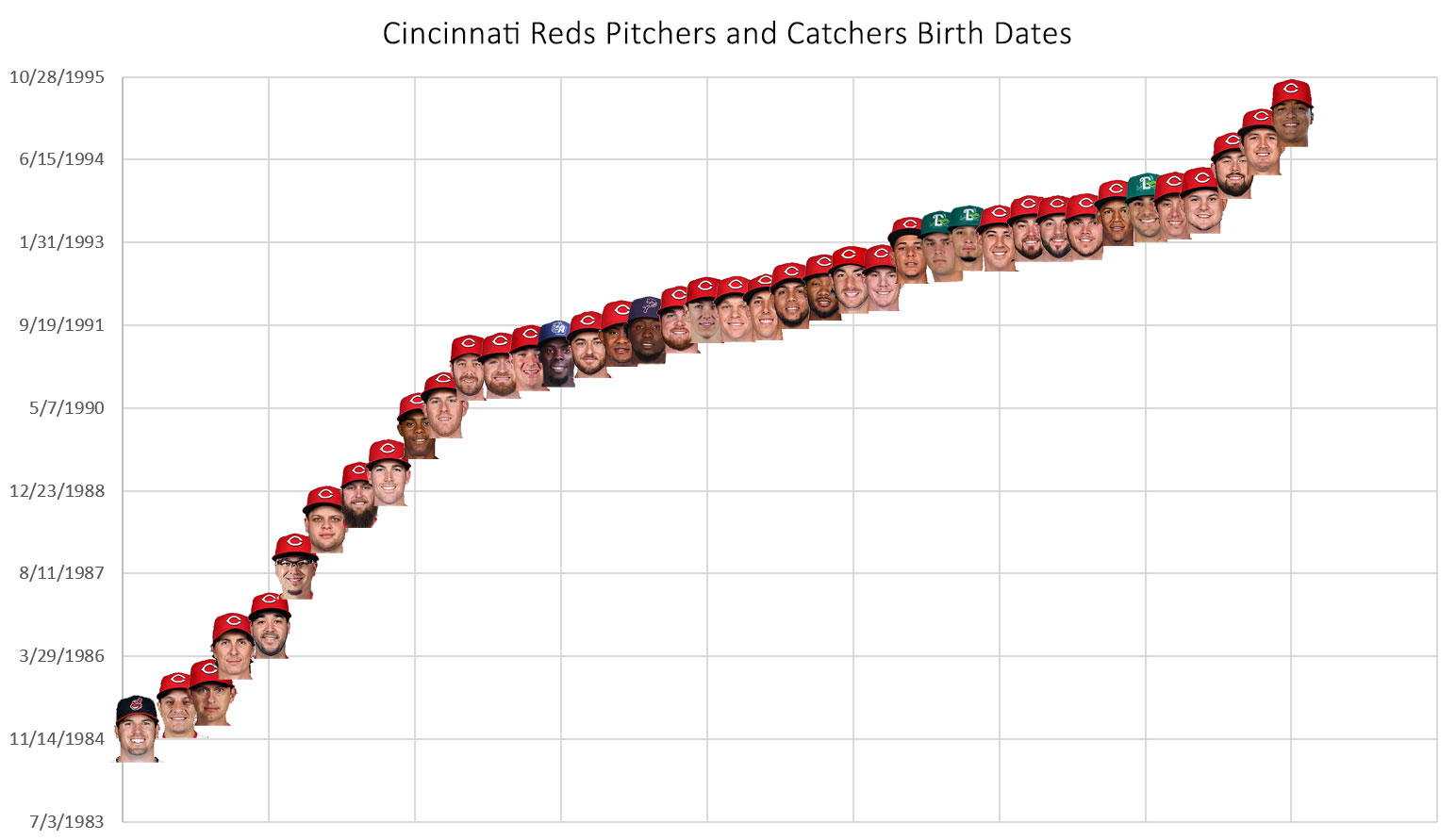 You can click the graph to see a larger version to get a better look at the players (which may depend on how you are viewing the site).

The graph would look really funny if the team had Bronson Arroyo back again this year. The gap between he and Jeff Manship, who is the older player on the graph, is the same as between Manship and Raisel Iglesias. Once you reach Dylan Floro (to the left of Tucker Barnhart), there isn’t much of a jump in age for a long period of time. Then there’s a 6-month gap once you reach Luis Castillo, and you see another run of guys close in age. Then there is a gap when you get to Jackson Stephens, Tyler Mahle, and Chad Tromp.

There’s not a ton to this post, I just wanted to share the graph. Oh, and celebrate that baseball is officially back.